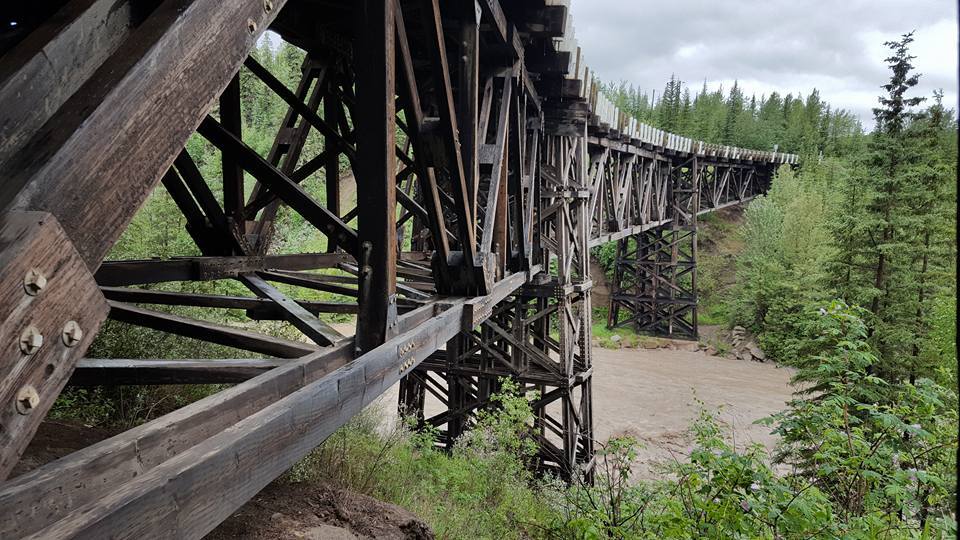 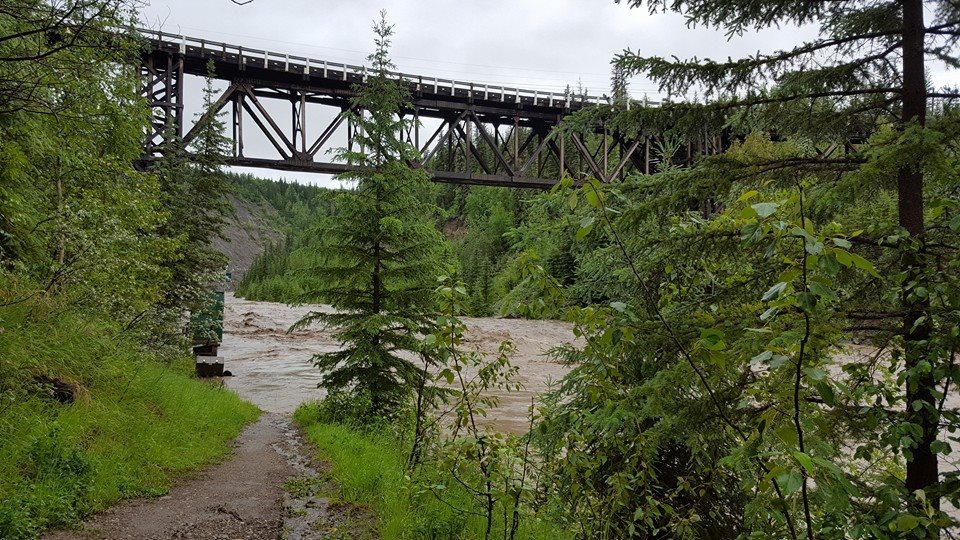 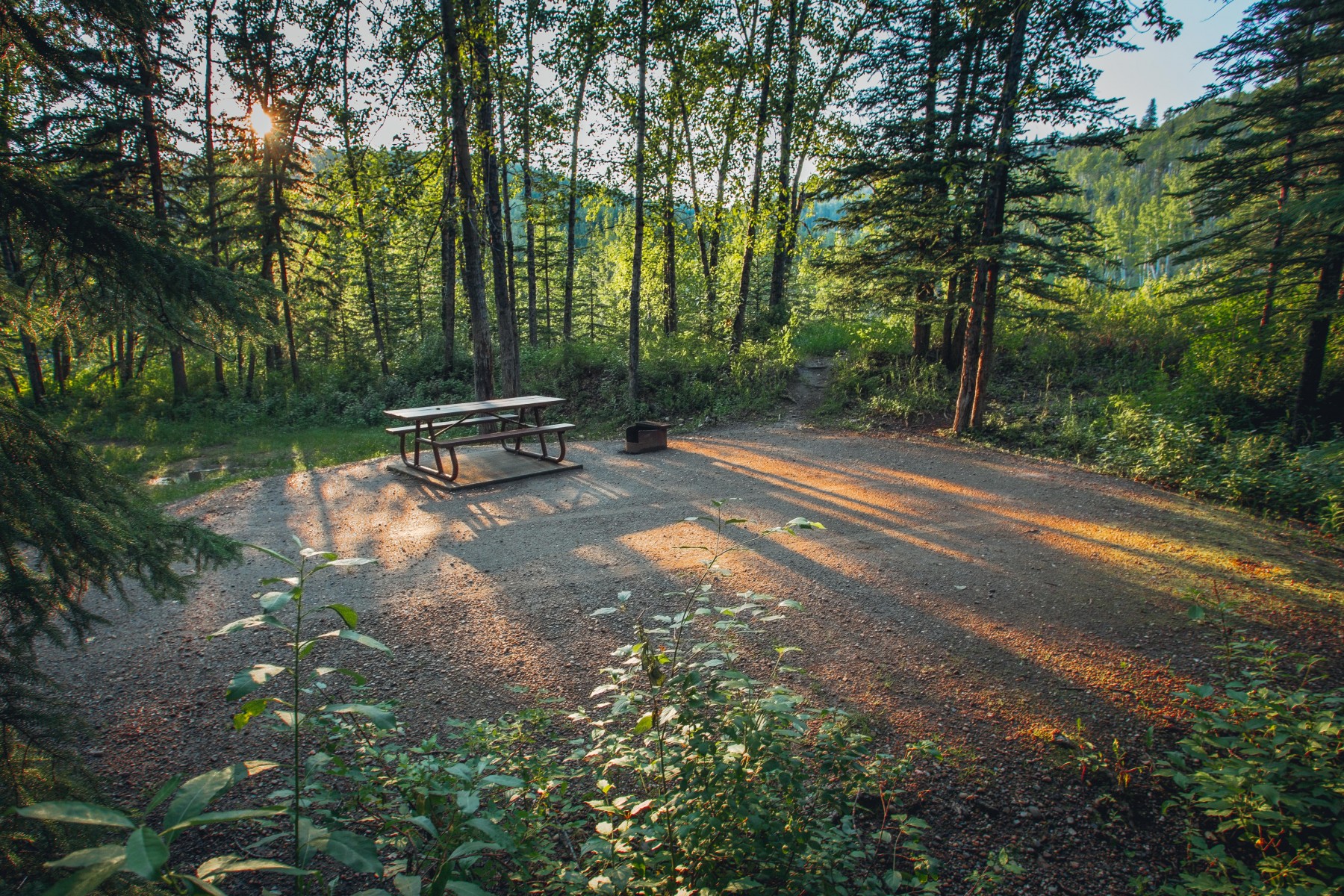 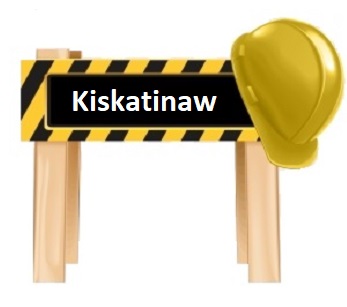 The arrival of the Hudson's Bay Company in Eastern Canada in 1670, eventually had a major impact in the Peace River area.

Large agricultural settlement, in Western Canada, brought people from all over the world into the Peace River country.

During the Second World War one of the greatest engineering feats of the century was initiated --the building of a 1520-mile highway which would connect Alaska to Canada and the United States. Over 11,000 troops endured mosquitoes, black flies, and extreme weather conditions to construct a route over muskeg, mud and river.

At mile 20 on the original highway, the Kiskatinaw River posed an early obstacle. The location of the bridge site, near a hairpin turn on the river, forced construction of a curved right-of-way. Engineers developed this 190-foot wooden bridge, with a super elevated (banked) nine-degree curve, to conform with the bend of the highway.

Contracted by a Canadian company, construction of this engineering marvel took nine months to complete. It was the first curved, wooden bridge, built in Canada. Today, it is the only curved, banked trestle bridge remaining in Western Canada.

You can find Balsam Fir, White/Englewood Spruce and Trempling Aspen in the surrounding forests.

Park users will also have a chance to see moose, white tail deer, various small critters and songbirds. The Peace Region is popular among bird enthusiasts because of the wide various of birds that frequent the area.

This EcoProvince supports 61% of all bird species known to occur in British Columbia. The many wetlands, ponds, and slow-moving streams on the upland surface provide excellent habitat for breeding and migrating water birds.

Some of the rarest shorebirds in British Columbia migrate regularly through the Peace Lowland Ecosection including the Hudsonian Godwit, White-rumped Sandpiper, and Stilt Sandpiper. The area is the center of abundance in the Province for Broad-Winged Hawk, Sharp-Tailed Grouse, Upland Sandpiper, Franklin's Gull, common Grackle and Eastern Phoebe. It is the only breeding area in the province for Philadelphia Vireo, Chestnut-sided Warbler, Black-Throated Green Warbler and Connecticut Warbler.